The Medium is the Message
Storytelling project adapting a book spread to different media.

We read The Medium is the Massage (sic) as part of our narrative and storytelling class to understand how media shape and change the ways we think about content. Media serve as extensions of our human senses, and have a outsized effect on how we learn to make sense of the world around us.
We adapted the contents of our chosen 2-page spread into different mediums. For a more significant adaptation, we had to choose a totally new type of visual media to represent our pages—I decided to experiment with Virtual Reality.

Pages 92 and 93 from Marshall McLuhan and Quentin Fiore's book deal with the importance of amateurism and open-mindedness to scientific discovery, crediting Michael Faraday's lack of mathemetical education with his experimental discoveries of some of the fundamental concepts of electromagnetism.
VR brings the spread to life, offering players an intriguing lab to teleport around and demonstrating a simplified, interactable version of Faraday's induction coil experiment in electromagnetism.
I used the Unity engine to cobble together a stylized version of Faraday's lab, and basic SteamVR plugins for movement and object interaction. I figured my total lack of experience with game creation technology would fit right in with the idea of amateur experimentation—that said, I asked Richie Bonett to help me realize some core interactions that I wanted to include. He wrote custom C# script modifications to enable the fade-in text and experiment table states, and he and Danny McGrath provided voiceovers for the experience. The lab also features free textures and props from creators on the Unity asset store. I built the environment, mixed the audio, modeled some furniture pieces and the experiment table, and designed interactive metaphors to adapt the content from the source material.
Voiceover from the book is rendered as environmental sound emanating from a large magnet. An echoing voice emphasizes that "the expert is the man who stays put," an idea which is demonstrated by Latin text from the rhetorician Quintillian which appears on the walls when the player stops moving for an extended duration. The environment illustrates that forward movement and fresh perspectives are essential to ignoring presumption, and the status quo.
Another adaptation involved reinterpreting our spread's message as another written work. I chose to use poetry to adapt the language on my chosen pages into aphoristic statements that reflect the central themes of the text. 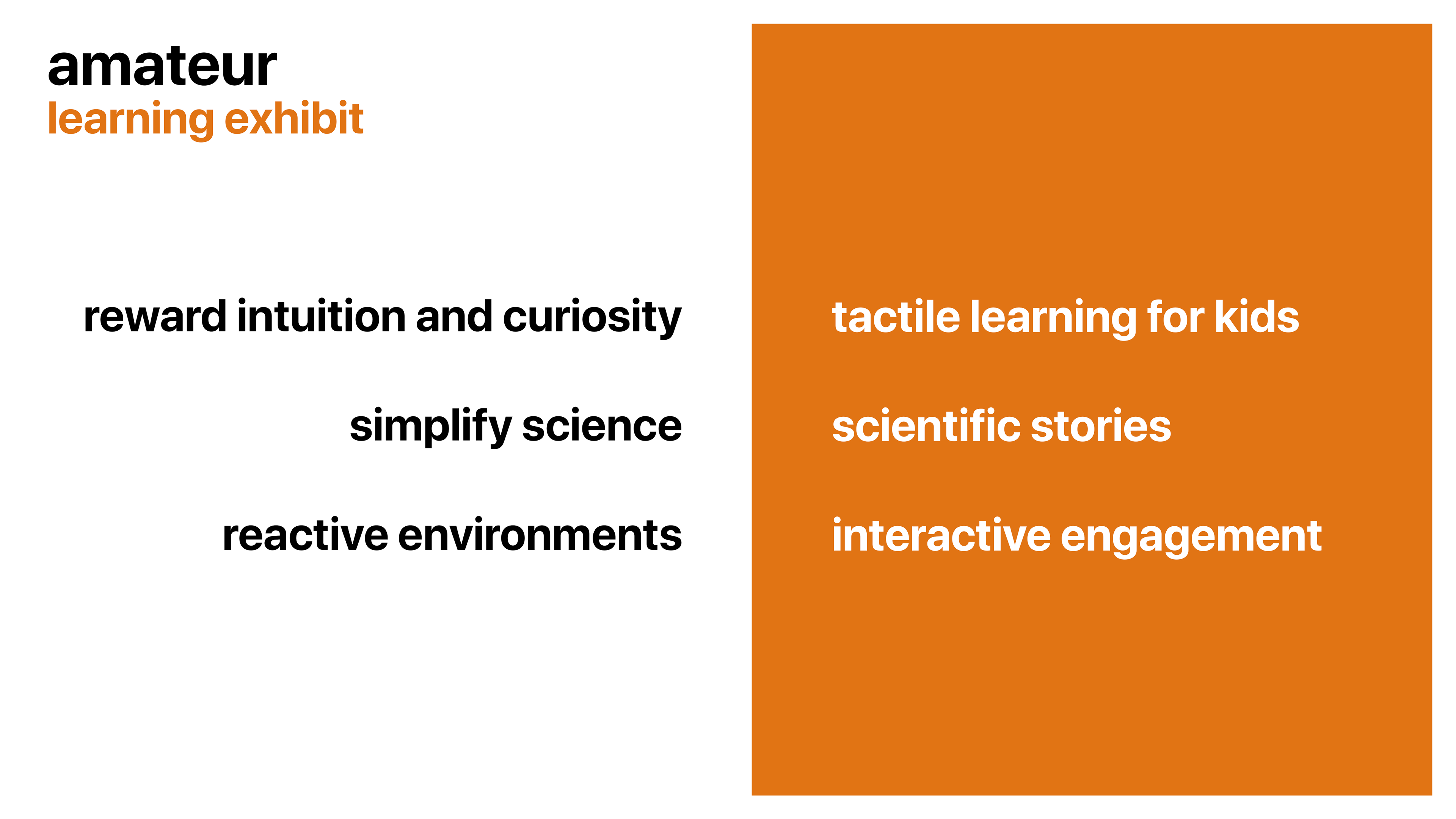 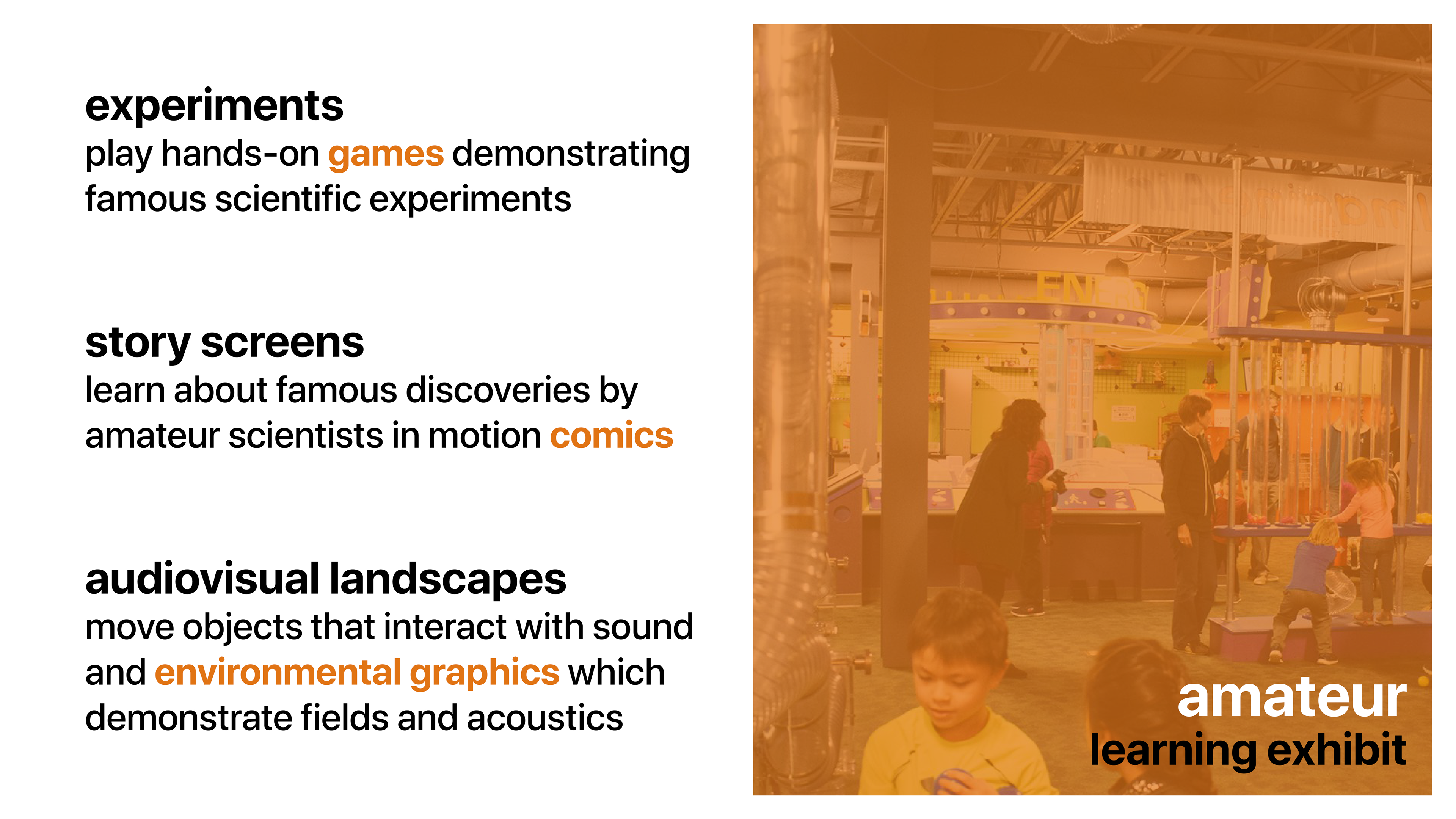 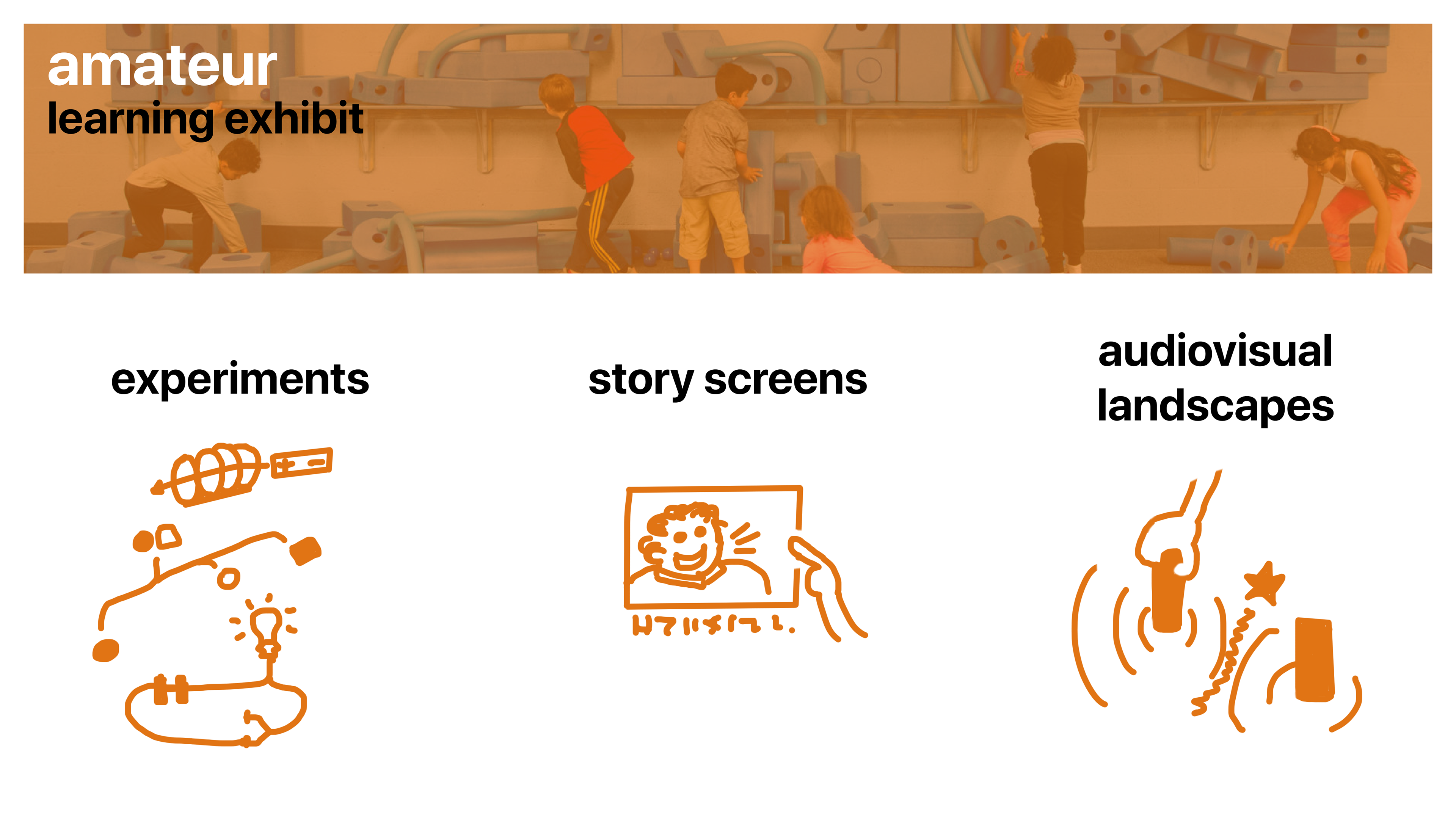 A third adaptation involved envisioning a physical space to deliver an experience to visitors that would impart the lessons from our spread.